Geena Davis is a giant among women – and I don’t exactly mean that metaphorically because she is seriously very tall! Just in case you haven’t heard of her, she’s a Hollywood movie star and has appeared in fabulous films like A League of Their Own (about women’s baseball) and Thelma and Louise (that’s not one for kids!) – she was nominated for an Academy Award for her role as Thelma and won an Academy Award for her supporting role in The Accidental Tourist so she’s an absolute superstar and on top of that she’s really lovely too. 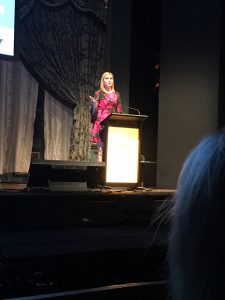 Geena was appearing this past weekend at the All About Women Festival in Sydney, and talked about the power that Hollywood has to improve equality for women by portraying them more positively and more regularly in movies and on television. She even has her own institute which studies women in the media so that she can go to the Hollywood studios and the producers and directors armed with the facts. It’s hard to believe that in 2017 there are still far fewer good roles for women than there are for men but even worse is that in television and movies made for children there are simply a lot less girls and women even included in the shows – which is really silly because movies and television aren’t real life, so they could have as many girls and women as they wanted! Geena Davis is doing her best to change that and hearing her speak was empowering in itself. Did you know that the more hours of television that girls watch, the fewer options with regards to jobs and opportunities girls think they have – now that is terrible! 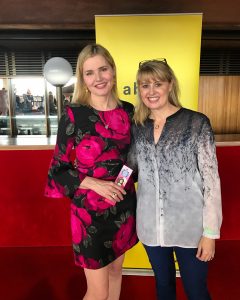 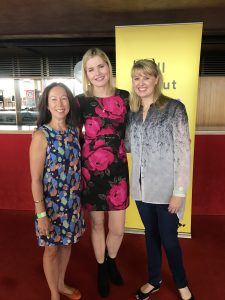 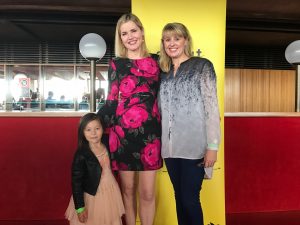 Children need to see themselves on screen and so that’s why it’s really important we have as many girls as boys in shows and that they are doing all sorts of activities and jobs. We want girls to grow up believing that they can do anything. I was really proud to be part of the recent Opera House film which promoted the festival where three young girls were asked to name some role models in the jobs they wanted to do when they grew up. They all named men but later that day they got to meet three women who did those jobs. ‘If she can see it, she can be it,’ has been a hugely successful campaign and today I got to see Sierra, the little girl who wants to be an author and meet Annika and Brianna whose role models were a marine biologist and helicopter doctor. What a pleasure it was to see them today and meet their mums too. 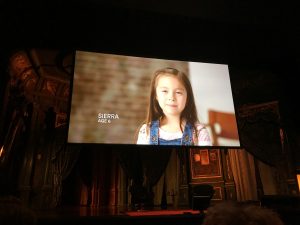 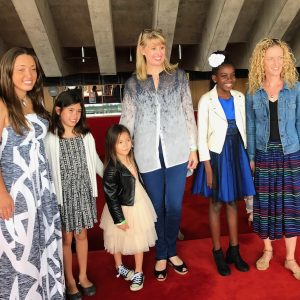 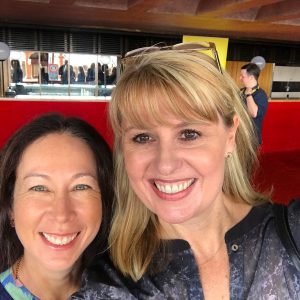 I took one of my good friends Donna with me to the event and we both loved it. It was so special to meet Geena Davis and it’s a day I won’t ever forget.