This Summer Australia has turned into a sort of hell on earth with bushfires raging all around the country. I can’t imagine there is anyone who hasn’t been affected by the devastation of our beautiful country. Of course not all of us have been in the line of fire, but we have friends and family who have been impacted. Personally, my parents live on the mid north coast and saw months of smoke and fires before Christmas – thankfully they and their home are fine but down south we have good friends in Tumbarumba who had the fire tear through their farm, resulting in the loss of sheds and fences – fortunately their house and stock are okay. I have friends in fire areas on the south coast who have lived on tenterhooks for weeks and now the beautiful Southern Highlands and Kangaroo Valley are in danger too. My brother in law, Trent Lawrence is an inspector with the NSW Fire Brigade and has been working crazy hours coordinating the thousands of brave men and women on the front line. It feels as if it’s never going to end and I think many of us have a sense of helplessness. The tragic loss of life is incomprehensible and it’s also impossible to imagine the sheer numbers of animals that have been killed.

Over on Twitter the authors and illustrators of Australia have banded together to do a fundraiser for the Country Fire Authority. It has just started today and runs until 11pm Saturday 11 January. There are lots of great books and experiences you can buy and all of the money is going to the fire fighting effort. It’s something small that we can do but it’s important. To read more about how it all works please check out THIS LINK.

I am offering a signed copy of the brand new beautiful hardback edition of Alice-Miranda at School which celebrates 10 years of the series. It will be released at the beginning of February. I’m also offering a one hour writing workshop – either for a class of students or individually, via Skype or in person depending if I can get to where you are. I’ve pledged to match the winning donation (which I will send to the Australian Red Cross Bushfire Appeal) up to $500. 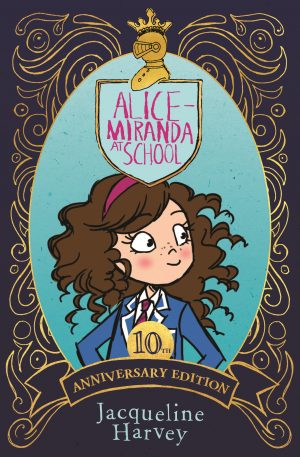 So if you’d like me in your classroom, or your child’s classroom – or as a special experience for your child, please check it out and get on board.

And let’s hope that the rain comes soon and the fireys can go home to their families and people can start rebuilding their lives.

Love to you all,