In March I had the pleasure of doing a road trip from Brisbane to Bundaberg meeting lots of students along the way as well as doing some really fun radio interviews too. My publicist Zoe and I flew to Brisbane very early one morning then headed to Moreton Bay College where the welcome could not have been any warmer. The girls there are lucky to have the most fabulous librarian, Mrs Sue Warren. She had done lots of preparation for the visit and the girls were so excited. I had a ball. 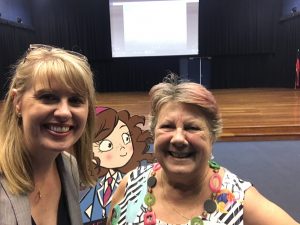 We headed to North Lakes to visit the stunning new public library there and meet some more amazing women including Tina Cavanough who is a huge supporter of children’s books. North Lakes College was the next school on the program and again we had a fabulous time. After school I managed a sneaky haircut – well just my fringe because I could barely see, before we had a terrific book signing at Dymocks North Lakes. 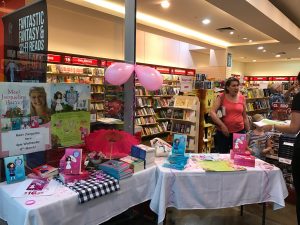 From there we had quite a long drive to Noosa where we were staying for the night. An unexpected pleasure of touring is sometimes having the opportunity to catch up with friends who live all over the country. I was so thrilled to be able to have dinner with Gregg and Rachel Dreiss and their beautiful little baby boy.

In the morning we headed to Noosaville State School where we encountered a very enthusiastic audience before driving to Pomona High School where I did a workshop with some students in Years 7 and 8. They were fabulous, as were the junior school students in Year 3-6 who I spoke to in the afternoon. I love working with the Noosa Library Service and Maureen O’Shea is another gem who does so much to support books and authors. It was great catching up with the redoubtable Annie from Annie’s Books on Peregian too. 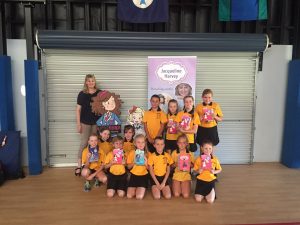 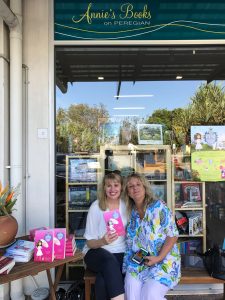 We headed off to Hervey Bay – another reasonably long drive and in the morning visited another two fantastic schools, Tinana State School and Sandy Strait State School before a book signing at Mary Ryan’s Hervey Bay. It was great to meet up with book blogger, Debbish who wrote a lovely post on her blog which you can read here

Our biggest drive of the trip was from Hervey Bay to Bundaberg and of course it coincided with a huge rainstorm. The road was awash and Zoe (my superstar publicist) did a great job getting us there safely. The sky looked amazing after the rain! 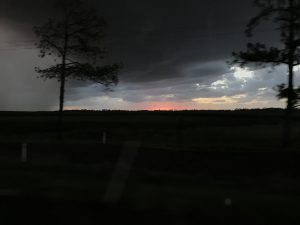 The day wasn’t yet over as we headed into the ABC studios to record a couple of radio interviews. Our reason for visiting Bundaberg was to visit Dymocks – I made a vow to visit every Dymocks shop in the country and now have only five to go (all metropolitan Sydney and Melbourne). We have the most beautiful morning with the staff and fans who dropped in – not to mention some spectacular cupcakes! I was so thrilled to meet up with another of my friends, Kat Apel who lives about an hour north and happened to be in Bundaberg that day. She is a wonderfully clever author and a teacher and has a fabulous new book coming out too – it’s called Too Many Friends and you can read all about it here. 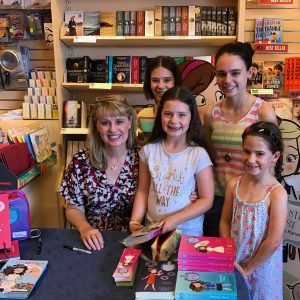 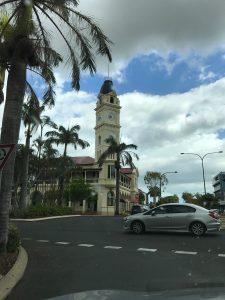 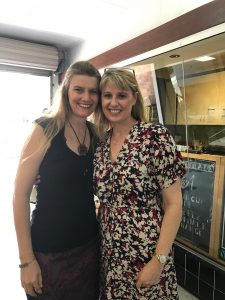 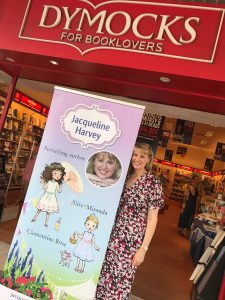