In the past few weeks, I’ve received some wonderful emails from fans and I wanted to share some of them with you. Melissa made banana cake from one of the recipes in the Alice-Miranda diary and instead of one cake, she made cupcakes. Don’t they look delicious! 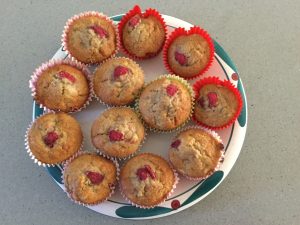 I was thrilled to receive these pictures of Eva and her daughter Csilla from Hungary who created Nana Jones’s apple pie from Alice-Miranda at School. I have to tell you that on the weekend I spent time with my Nana and she was thrilled about it too (as the apple pie recipe is hers!) 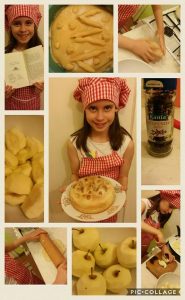 As well as the cooking, there has been some sewing too and this is Holly’s birthday doll (it’s actually Belle from Beauty and the Beast) who her grandmother has dressed as Alice-Miranda. I think she looks incredible. What a clever grandmother! I love my Alice-Miranda doll – she started life as an American Girl but has been transformed with lots of outfits made by my very clever mother in law, Joan. 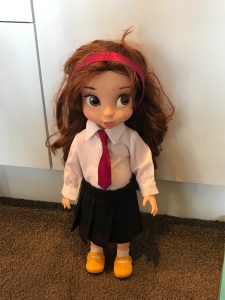 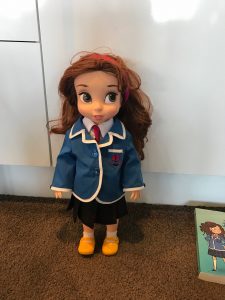 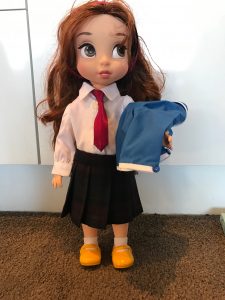