I love being able to recommend books and this month I’ve compiled a list of great reads – all written by fantastic Aussie authors (and okay – I’ll admit they’re all friends of mine too!). 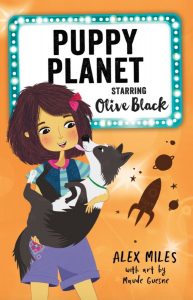 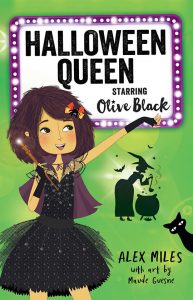 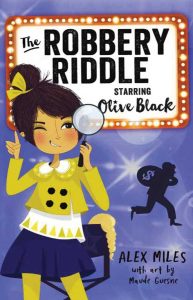 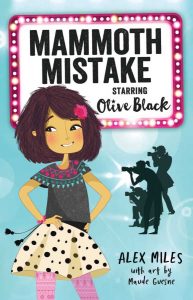 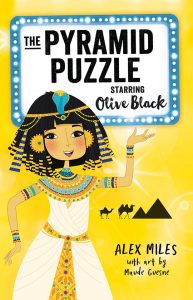 I have to admit that as a child I had a few stars in my eyes. I was always wondering how kids got to be in television ads and thinking how much fun it would be. Unlike Olive Black, I didn’t pursue a career on screen but you can read all about her adventures in the five fabulous stories in the series. The author, Alex Miles has quite a bit of experience around television as she used to write scripts for Neighbours. Alex also has two of the most adorable little boys you’re ever likely to meet. I think George might be able to outdrive me on the golf fairway soon (and that’s really sad as he’s three!)

The first book in this fabulous series is Puppy Planet followed by Halloween Queen, The Robbery Riddle, Mammoth Mistake and The Pyramid Puzzle.

Here’s a blurb for The Pyramid Puzzle (I want to take Alice-Miranda to Egypt one day too!)

Olive jet-sets all the way to Egypt for her latest blockbuster. She’s starring as a junior archaeologist who uncovers ancient secrets – but it’s the mystery she’s digging up at school that’s truly puzzling… With the help of the naughtiest boy she knows, can Olive solve the riddle of two feuding teachers? Or will she discover that things are not always as they seem? 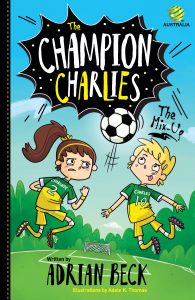 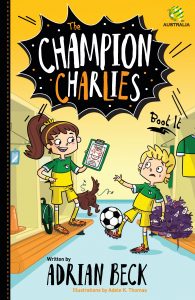 Do you love football? As in soccer? As in the World Game? Well, the Football World Cup is about to kick off in Russia in the next couple of weeks and to celebrate all things round ball Penguin Random House have released a fantastic new series called Champion Charlies, written by Adrian Beck in partnership with Football Federation Australia. There are currently two books out with another two coming in September.

Champion Charlies 1: The Mix Up

With prankster teammates, a karaoke coach, dancing dads and an arch rival with an axe to grind, the Champion Charlies soon learn that achieving success is not going to be easy . . . but it sure will be fun!

You can read an excerpt here too! 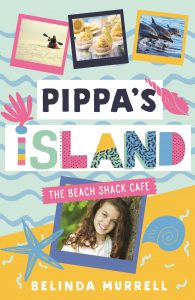 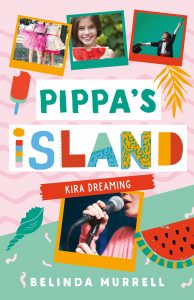 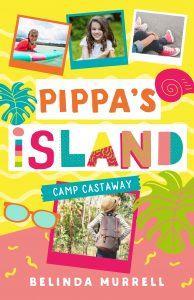 If you love adventure and friendship and a tropical island setting then Belinda Murrell’s fantastic series’ Pippa’s Island is for you. She has recently released the fourth book, Camp Castaway and it sounds fantastic!

Pippa and friends are off to a tiny tropical island for school camp – but what happens when their group are split up?

The students in class 5M are heading off to school camp. Pippa has never been away on camp before, at least not to a deserted tropical island! The Sassy Sisters look forward to five blissful days together exploring Shipwreck Island’s beaches and lagoon. But when the teams get regrouped, Pippa has to learn to cooperate with Olivia and the other girls.

Mrs Marshall promised challenges and adventure, but she forgot to mention the pranks. After one too many of the boys’ tricks, the girls decide to take their revenge.

You can read an excerpt here. 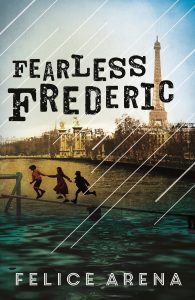 I am a huge fan of Felice Arena’s historical adventure, The Boy and the Spy and I have heard that Fearless Frederic is the perfect follow up – I can’t wait to read it as soon as Kensy and Max is edited. In the meantime you might like to get a copy and let me know what you think.
When the river rises and the city of Paris begins to disappear under water, Frederic decides to help those who can’t help themselves. But as his heroic acts escalate, so does the danger. Frederic will have to battle an escaped zoo animal and fight off pickpockets and looters but, as the waters subside, can he find justice for his father and find out what courage really means?

You can read an excerpt here.