It’s been a month since I left home on the latest big adventure.  Singapore was amazing and although I don’t imagine I would ever get used to the heat and humidity I think I became much better acclimatised this trip.  I was there for two and a half weeks and worked in so many fabulous schools and with amazing students and teachers.  This time I was also a guest speaker at the Singapore Writers’ Festival which was such a wonderful experience and I had a big signing at Kinokuniya in the Takashimaya Centre too.  I feel like I’m really getting to know Singapore and one of the very best things is that I have wonderful friends there who it was such a pleasure to see – and not just once either.  Working with Cheryle Hum from Bookaburra was a joy as always and spending time with my friends in the SCBWI group is fantastic.  Singapore was exhilarating and exhausting, as I was still in the throes of a huge edit for Alice-Miranda At the Palace and hence spent many a late night after school days getting the work done.  I stayed in the same hotel as last time – the Royal Plaza on Scotts.  It’s a big hotel but the service is great and there is one man, Ibrahim, the chief concierge who I just adore.  He has worked there for 40 years and it’s people like him who really make a place.  I missed Ian like crazy for the first two weeks until he arrived and we had the last few days together.  We travelled to London via Dubai – the scenery flying in was incredible.  We had a couple of hours and then it was off to London. 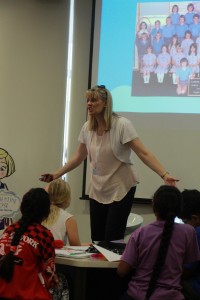 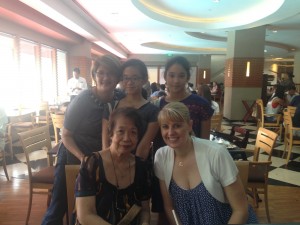 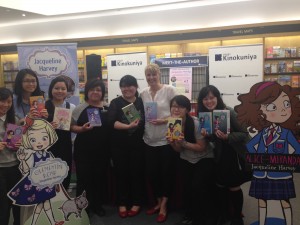 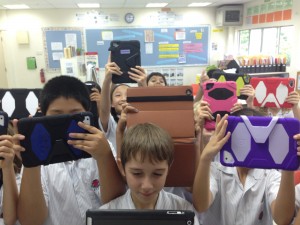 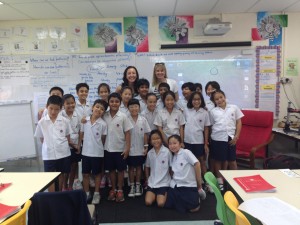 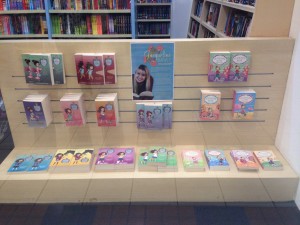 We’ve spent the past two weeks in Scotland where the temperature was a little different to the 32 degrees and 95% humidity which is every day in Singapore.  It was about 11-12 degrees during the daytime most days – except on the weekends when it didn’t get above 7 but it’s really not bad at all for this time of year.  The locals have all been commenting on how mild it’s been.  We’ve seen quite a bit of sun too, which is divine.  There is nothing much nicer than the Scottish countryside in the sunshine.

During the first week we were based in Glasgow and worked with the lovely folks from Scotia Books – Jim, Anna and Linzi.  It was great to see them again having worked with them in February 2013.  We visited loads of great schools around the Kilsyth area including: 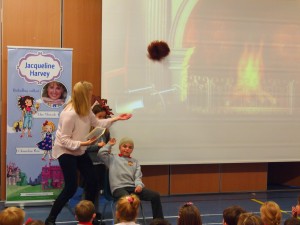 On our first weekend in Scotland we ventured to Troon on the West Coast and were treated to the most beautiful days.  It’s a stunning location and being the home of some gorgeous golf courses, we were in our element.  We didn’t play (Royal Troon is only available to non members on certain week days) but we walked a lot and soaked in the ambience.  On Saturday afternoon we drove to Turnberry.  Wow – magnificent!  The course is divine and the hotel is amazing.  Donald Trump recently bought it, hence there is quite a bit of development going on.  We hope to return next year and actually play there. 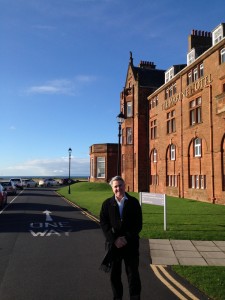 Our second week in Scotland saw us travel across to Edinburgh, one of my favourite cities on the planet.  I would live there in a heartbeat.  We stayed in the West End among the beautiful stone terraces.  Our journey there took us through miles and miles of fog but we found a place called New Lanark which is a world heritage listed village and well worth the detour.  It’s gorgeous and has been beautifully restored.  The man who ran the mill there, Robert Owen was a visionary ahead of his time.  He believed that children should go to school and provided education until they were ten when they went to work in the cotton mill.  He also believed in a sickness fund and making sure that the workers in the village were well cared for.  I didn’t know anything about him until we went there and I’m fascinated to know more. 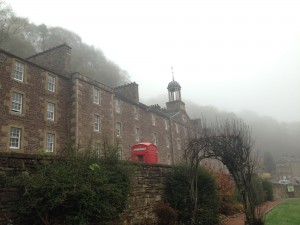 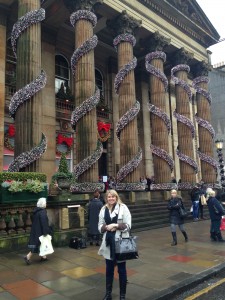 Our week in Edinburgh was fabulous.  We visited schools with the lovely Marion from Glow Worm Books.  On our first school outing we met Susan Boyle!  She walked into the reception at St Nicholas Broxburn with an elderly couple.  Apparently they were there as members of the local prayer group to work with the Year 4 students.  At first I was too embarrassed to ask for a photo with her but in the end I nabbed her just as she was about to leave.  She was very gracious and sweet.  Dave Seow you would have been proud of me! 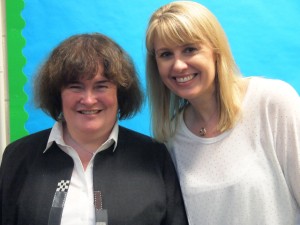 Other schools we visited were:  Hamilton College, Mid Calder Primary School, Craigholme School for Girls and Hutcheson’s Grammar.  The last two were actually back in Glasgow and I had the loveliest surprise at Hutcheson’s where one of my old Abbotsleigh girls is now in Year 12.  I had no idea that Kim had moved back to Scotland and to see her there was such a treat.  She’s grown into a lovely young woman.  It was great to meet her younger brother and sister and see her dad too. 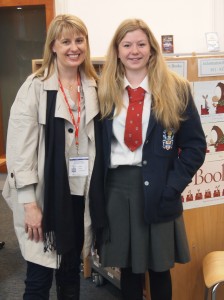 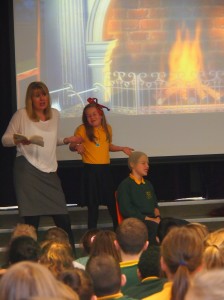 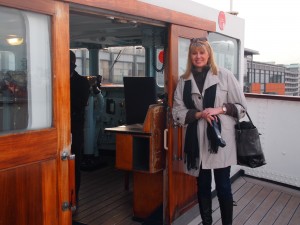 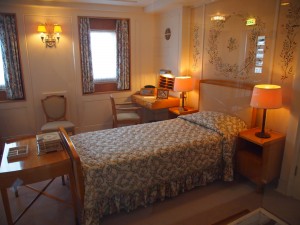 We were meant to have another event on Friday but the school cancelled (which was really disappointing).  Instead though, we spent some time touring the Royal Yacht Britannia which is moored at Leith.  It’s amazing – like a time capsule from the 1950s.  We then drove up to St Andrew’s which I am completely besotted with.  Now there’s a place I could live too.  We were again so fortunate with the weather – stunning – although somewhat on the chilly side.  We stayed in at the McDonald Rusacks Hotel which is right on the 18th fairway of the Old Course.  It’s recognisable during the British Open for the Rolex clock on the wall.  On Sunday the Old Course is closed in winter so being that it was a beautiful day I think every man, woman, child and dog from the village was out walking the course.  So while I didn’t get to play there this time I have walked it and will be much more familiar with the layout when the British Open is played there again next year. 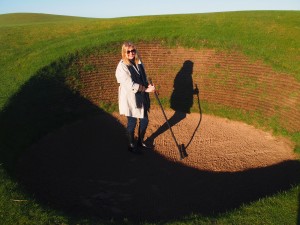 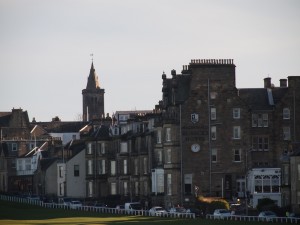 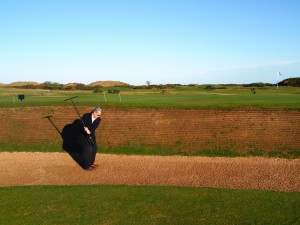 Our time in Scotland came to an end on Monday and we drove to North Yorkshire for a visit to a school called Gawthorpe Academy in Ossett.  We had a lovely time with the children and teachers – especially Mrs Swain!

So now we’re in Formby and I think I’ll have to devote a whole other post to our time here!