It’s hard to imagine that Christmas is over for another year and we’re already 7 days into 2017. I’ve been away for a couple of weeks with my husband, Ian and stepdaughter, Olivia on a fabulous road trip in California, Nevada and Arizona. We spent most of the time in California and highlights of the trip included visiting Universal Studios and having an eye-opening tour of the back lot as well as going on some incredible rides (although, it was the busiest day of the year for the park so it was extremely crowded!). We did a fabulous tour of Hollywood, Beverly Hills, Bel Air and Santa Monica, before driving east to the desert near Palm Springs, where we played golf on an extremely difficult course called the PGA West Stadium in La Quinta. It was probably the hardest course I’ve ever played but I’m looking forward to watching the professionals make it seem easy on television in a couple of weeks time when the Career Builder Challenge is played there. 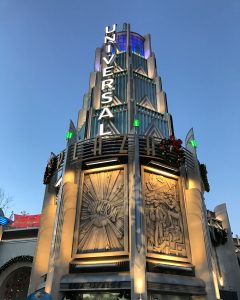 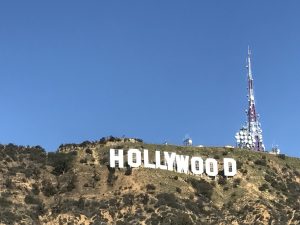 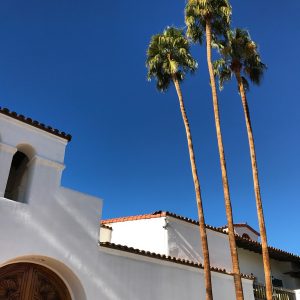 We saw a few funny sights – this one of moving day in Palm Springs had us laughing out loud. The front end of the car looks like it’s about to collapse! 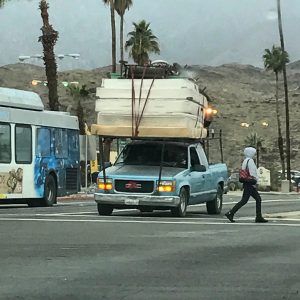 While Olivia stayed in LA for a few days, Ian and I drove through the desert via Joshua Tree National Park to Las Vegas – which is actually much smaller than I had imagined but still extremely sparkly at night. My favourite thing there was the amazing fountains in front of the Bellagio Hotel. The Joshua trees were incredible – and I was surprised to see many more thousands of them on the way to the Grand Canyon in Arizona. 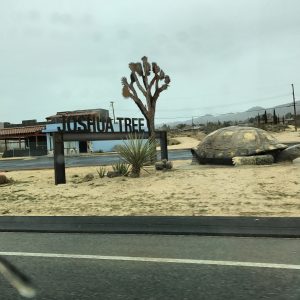 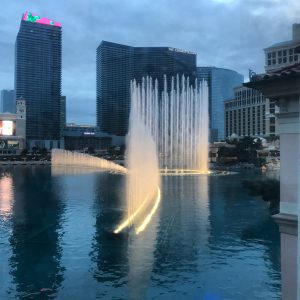 We went to Las Vegas mainly because we were going to do a helicopter tour from there to the Grand Canyon but unfortunately the weather wasn’t playing nicely and it was too foggy to fly (we tried twice), so instead we drove to Arizona via Hoover Dam to the West Rim of the canyon. It was certainly the biggest highlight of the trip and a sight I will never forget. It was also a little terrifying that there are no safety barriers at the area we went to and I have to say I felt sick when I saw how close to the edge some intrepid visitors went to get a photo. I was a complete wuss and stayed well back (it’s almost 2 kilometres to the bottom and about 12 people fall over every year!) but we got some spectacular pictures anyway. The West Rim area is run by people from the Hualapai Tribe. ‘Hualapai’ (pronounced Wal-lah-pie) means ‘People of the Tall Pines’. It was great to get a glimpse into their culture and traditions and there were some excellent examples of traditional housing on the reservation site. 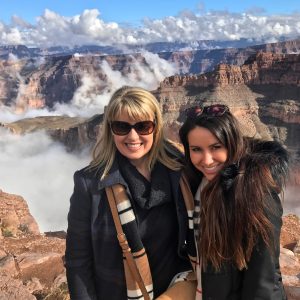 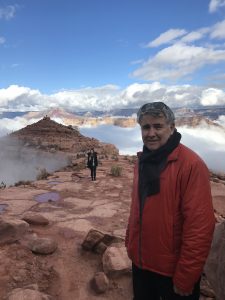 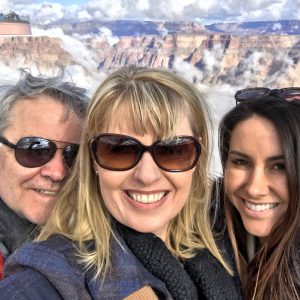 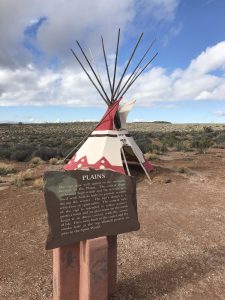 That afternoon we drove all the way back to Indian Wells (near Palm Springs). The sunset was spectacular. Much of the architecture in the Palm Springs area is called Mid-Century Modern and was built in the 1950s and 1960s. Most of the houses have drought resistant plants in the garden like cacti and yukkas to cut down on the need for watering. Lots of the houses have flat rooves too with white pebbles on them – I suppose that’s to reflect the heat – although it was really cold at this time of year. 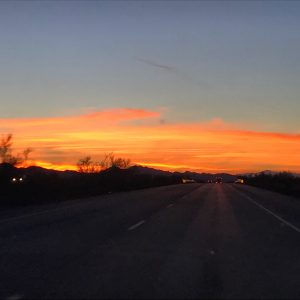 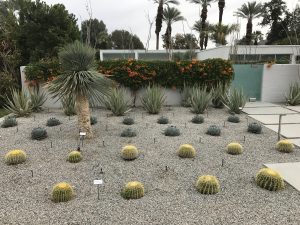 We spent the last few days on the coast near Newport Beach and I discovered another fascinating place called Crystal Cove. It’s a little enclave of old wooden holiday houses that had been built right on the ocean since the 1930s. They were constructed without any building permits or plans, on land owned by a generous man called James Irvine who used to let people camp there and then over time they built their beach houses. The first shacks were constructed after a boat was wrecked off the beach and the timber floated ashore. Mr Irvine’s descendents gave the land to the government and it is now Crystal Cove State Park (like a National Park in Australia). The houses have been owned by the government since 2005 and are slowly being restored for people to rent for vacations. Over the years lots of films were made there including Treasure Island in 1918 and Beaches in 1988. 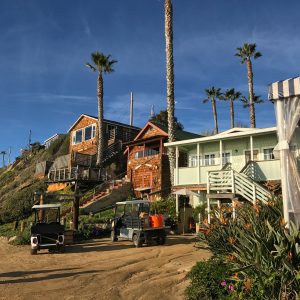 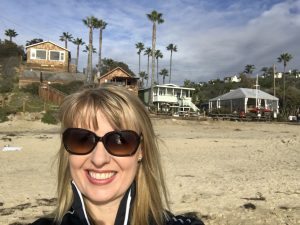 It was fun exploring the area of Huntington Beach (where the television series Bay Watch was filmed) and heading up the coast to Long Island (where we saw the Queen Mary, which is now a hotel and the setting for a short story I wrote a couple of years ago, called Josephine). We explored Hermosa Beach, Manhattan Beach and Santa Monica too. I love the piers which jut out into the ocean. I don’t love the oil industry which dominates huge swathes of the coast. You can be at a beautiful beach one minute and the next you’re passing a vast oil well and petroleum plant. I had no idea that it would be like that. 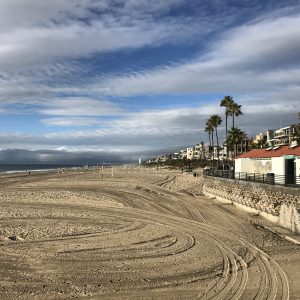 We arrived home this morning – tired but very grateful to have had such a wonderful holiday together. Now it’s time to start working again. My new series is beckoning, I have an edit to do for Clementine Rose and the Wedding Wobbles and then I think Alice-Miranda might just venture to Hollywood too. In the meantime we’ll be launching Alice-Miranda Holds the Key – make sure to have a look at the garden party information on the events page (and please put your name on the wait list for Sydney as I’m hopeful there will be some more spots open up).

All the very best for a wonderful New Year and I hope to see you somewhere soon,