I cannot wait to share the next installment of Kensy and Max with readers! There’s so much action and adventure going on in this story – and it’s mostly set in the wilds of New Zealand. There’s a huge online launch happening to celebrate the book on Sunday 15 May at 1pm Australian Eastern Daylight time. To register, send me an email jacqueline@jacquelineharvey.com.au with the subject line Kensy and Max Chasing Danger ZOOM launch and I will send you the link on Friday 6 May. There will be prizes on the day and lots of Kensy and Max superspy fun! In the meantime enjoy the blurb below.

What do you do when ghosts rise from the past? When they reveal long-buried secrets that could turn your world upside down?

When an earthquake causes a breach at a super-secret Pharos prison, Kensy and Max must join an urgent assignment to Queenstown, New Zealand. Time is of the essence – the escaped prisoners are two highly dangerous men out for revenge against both Pharos and the Spencer family.

The twins head into the wilderness in pursuit. But the mountains are dangerous, and instability brought on by the earthquake is only making things worse. Meanwhile, strange things are happening back in London as one Pharos agent is attacked and another disappears. It will take all of Kensy and Max’s hard-earned skills to come out of this mission alive – but what will be waiting for them when they do? 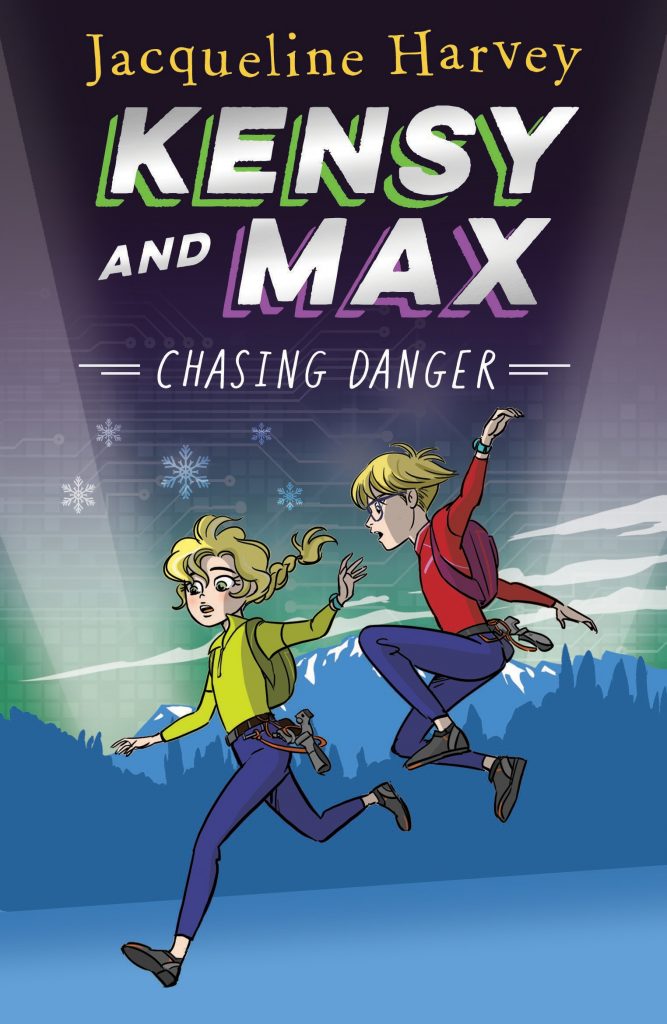