I love visiting Western Australia. It’s a long flight to get there from Sydney but always worth the trek – it’s such a beautiful place. The people are always so welcoming too and this time was no exception. I was thrilled to be invited to take part in the Perth Writers’ Festival. Festivals are fun because often you get to spend time with other authors you know or you get to meet people you admire. It’s a fantastic opportunity to meet new people too and of course, it’s a huge highlight to meet the readers.

This time I was fortunate to share the stage with RA Spratt (her real name is Rachel), the author of the fabulous Nanny Piggins and Friday Barnes series’ of books. We had a ball talking to kids on the School Day at the festival – telling lots of stories and then Rachel fired some rockets at the teachers. We also played a vigorous game of Pictionary on stage against New Zealand author-illustrator Donovan Bixley (we wrestled back some pride after always being flogged by New Zealand in the rugby and completely annihilated him!).  There was an unfortunate bird pooping incident during the game but I had wet wipes with me and the poor girl who was assaulted wasn’t too embarrassed I hope. My handbag weighs a tonne because I pretty much carry a first aid kit and pharmacy around with me (just in case!).  I did tell the girl that being pooped on was supposed to be good luck but I’m not sure that she believed me! 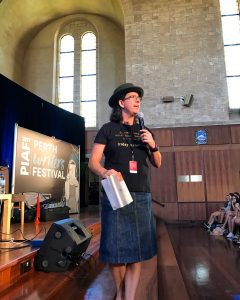 Rachel and I attended the opening address for the festival which was a great eye opener about the world’s largest refugee camp in Kenya. Ben Rawlence has lived and worked in the camp and wrote a book about his experiences and also the day to day lives of people living there. Just before he was about to speak, I realised that in the festival logo, the book the little girl is holding is Alice-Miranda To the Rescue – I was so excited to see that I almost fell off my chair! 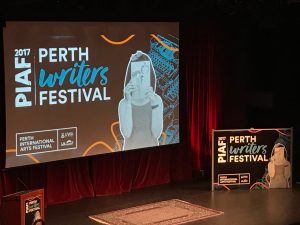 We had a couple of days off between events and it was really hot so I spent most of the time in the air-conditioned hotel room working on my new book. Rachel and I did go out to watch the sunset at Cottesloe Beach and Fremantle which on both days was absolutely stunning. 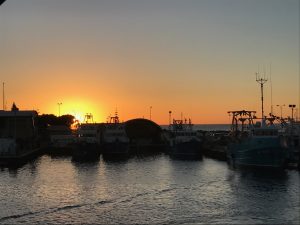 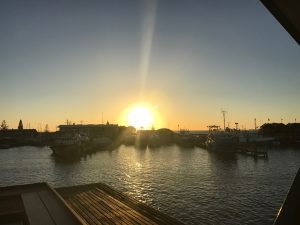 The Family Day on Sunday was fabulous. It started with a catch up with lots of children’s authors and illustrators when I visited the WA Society of Children’s Book Writers and Illustrators (SCBWI) breakfast – I caught up with several friends as well as meeting people I’ve been friends with on Facebook for years but hadn’t ever met in person!  Following the breakfast I did a session about Clementine Rose and was then interviewed by some delightful children who were involved in a program called Curated By Kids. Their questions were fantastic. It’s always so humbling to have people come to see you at an event and I want to say thankyou to all the parents, grandparents and kids who came along. I look forward to heading west again soon. 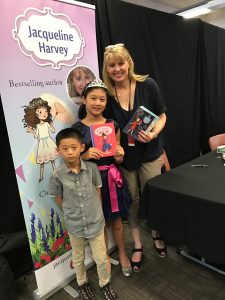 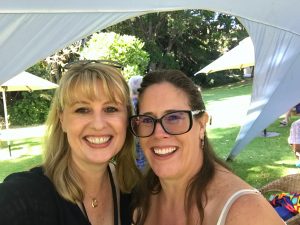 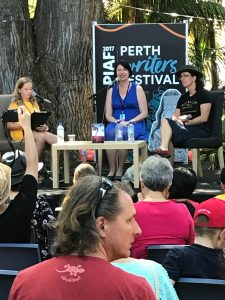