Late last year we ran a competition through the newsletter and readers were asked to submit questions that they were keen to know the answers to.  I’m sorry it has taken a while to get them up but I have some excuses (I’ve been extremely busy travelling overseas talking to children in Singapore and the UK about Alice-Miranda and Clementine Rose as well as writing two new books).  We had loads of interesting questions and chosen a selection which I have answered below.

Who inspired you to be a writer?  I had always liked the idea of being a writer and during school and University a few people had said to me that I should think about it.  However, the writing world was a mysterious one and I didn’t meet any authors when I was a child.  In my early years of teaching I used to write a lot for school, including for the local papers too but it wasn’t until my husband encouraged me to give it a proper go about 14 years ago that I thought, ‘you know what, I’m not going to die wondering’.  I didn’t want to walk into a bookshop or a library, twenty or thirty years down the track and wonder if I could have been a writer.  I decided that I’d give it my best and well, what was the worst thing that could happen?  I guess it was not being published.  I think though that even worse than that would have been if I’d never given myself the opportunity to fail and didn’t bother trying in the first place.  While I had some limited success in the first few years, winning an Honour Book in the Children’s Book of the Year awards really made me wonder if perhaps one day writing could be more than a hobby.  Unfortunately after that happened in 2006, it took another four years to have anything new published.  I worked really hard on Alice-Miranda without any guarantee that it would ever become a book.  I decided to write the story I would have loved as a child.  When the first book launched in February 2010, I hoped that children would love her as much as I did.  Almost three years later I gave up my job in school and became a full time writer.  I remember the first time I wrote ‘Writer’ under the occupation section of the immigration card that you have to fill in when you leave Australia to go overseas – it almost didn’t feel real. 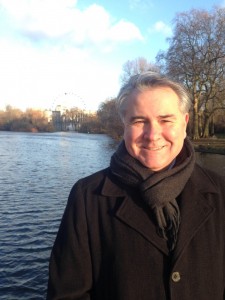 Is it difficult for publishers to like your book?  I think this question was meant generally and refers to how hard it is to be published in the first place.  I won’t lie – it’s not easy and many people have loads of rejections before they find a publisher who is willing to take them on.  I was relatively fortunate in the early years and after winning a competition with the Children’s Book Council of NSW found it opened some doors into the secret squirrel business that is publishing.  I think the most important thing is to listen to any feedback you’re given and if being a writer is what you really want, then you’ll make it happen.  There are bound to be disappointments along the way – there certainly were for me.  I have had books rejected and projects I had high hopes for, fall over.  There were times that I felt I’d never have anything published again but it’s really a case of dusting yourself off and thinking about how you’re going to approach things differently.  Alice-Miranda and Clementine Rose have completely changed my life and I am so grateful for every little bit of success.

Do you wish Alice Miranda was real? I do!!! I wish she was my BEST FRIEND! Everyone probably wishes that! She is so kind to EVERYONE even when they aren’t kind to her.  I feel like Alice-Miranda is real!  It’s as if this tiny gorgeous girl stands over my shoulder and tells me what to write.  Alice-Miranda is a mixture of the best attributes of so many gorgeous girls I’ve known over my years of teaching, so in some ways I suppose she is real. 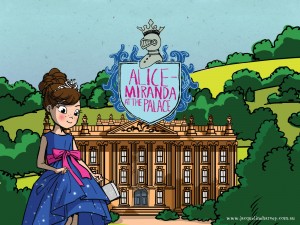 Do you ever get frustrated or have mental blanks when you are writing?  Some days it’s easier than others and yes, frustration can set in if you can’t see your way through a problem.  I tend to talk to my husband a lot about the plots and characters and my publisher too, so usually in doing that I can shake out the knots!  Housework or going for a walk to clear my head can be really helpful too.

If you could invite five authors, living or dead, to your place for a dinner party, who would they be?  Let’s see, there are so many amazing authors this is a really hard question (sorry I think I’m going to have a bigger dinner party of ten!)  I think I’d have to include some who intrigue me and some who are my friends (then at least the conversation would flow no matter what!).  I’d love to meet Charles Dickens, Hesba Brinsmead, an Australian author who wrote some books I loved in my tweens, Colin Thiele, another iconic Australian author whose prose brought books alive, Enid Blyton and Roald Dahl, who have both influenced me greatly, Harper Lee, as I want to ask her why she only published one book and find out the real story behind the new book which is about to come out, Markus Zusak, because he’s a star and so sweet and helped me solve a tangle I was having with Alice-Miranda – he probably doesn’t even remember the wise words he said to me at school one day which changed my life, Kate Morton, because she’s lovely and writes some of my favourite books, Belinda Murrell, a gorgeous talented author and friend and Andy Griffiths, another super talented human being and all round good guy!

Winter or summer all year round.  Which would you choose?  Winter – but not too cold and with plenty of crisp, clear days.  I love being able to rug up and wear boots and coats. 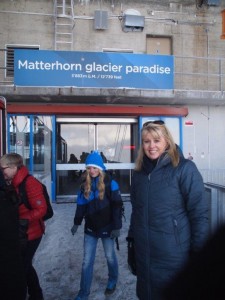 Which five books would you take to a desert island you knew you were never going to leave?  Wow – another very hard question.  The Complete Works of Charles Dickens, The Complete Works of Roald Dahl, Heidi by Johanna Spyri, Black Beauty by Anna Sewell (those two books I adored as a child) and The Complete Works of Alice-Miranda and Clementine Rose so I could re-read and create new stories all the time. (and a sneaky sixth – To Kill A Mockingbird – which was a hugely formative book for me).