The past few of months have been a bit of a blur of writing, renovating and touring.  This year we finally decided that the time was right to do the big renovation.  New kitchen, main bathroom, laundry, lounge, taking out concrete arches and icky cornicing, painting etc.  Renovation with a capital R.  So with this in mind we engaged the builders, set the timetable and crossed our fingers.  I made sure that we would be out of the house for as much of the really awful parts as possible – the week when they were thumping huge holes in the concrete walls between the kitchen and lounge room, the week that they were sanding everything, the week when the demolition was in full tilt.  But as anyone who has renovated before knows, the best laid plans…  So while we had been given a timetable of 6 weeks, we got to 13 and it’s just about done.  Renovating is frustrating and filthy and for anyone like me who finds it hard to work when your usual space is less than pristine, there have been many minor annoyances.  But results are stunning and I can now appreciate just how worth the pain it’s been. 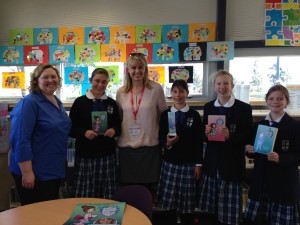 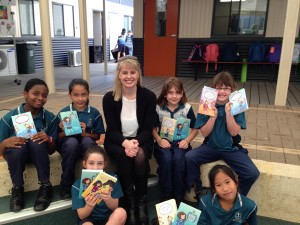 In the meantime though I’ve had to keep working – in the mess and the noise and with the regular interruptions.  Truthfully it’s been hard.  I’ve found it difficult at times to get into that state of ‘flow’ – but I got there at least with Alice-Miranda at the Palace.  I hit 67,000 words and had to take off about 7,000 with a few thousand more to reduce in the rewriting and editing stages.

While it’s hard juggling touring and writing, touring has enabled me to be away from the house for a lot of the really bad stuff.  And I love touring anyway.  There is nothing better than meeting the readers, and children who are potential readers, their parents, grandparents, teachers, librarians, booksellers and of course fellow authors. I also have the pleasure of travelling with some wonderful people, like Zoe, Dot and Sarana – and for part of it Ian’s been there too, which is wonderful of course. 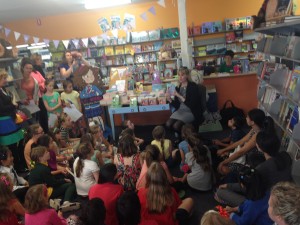 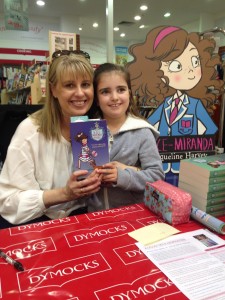 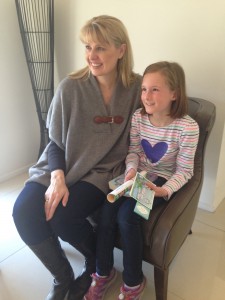 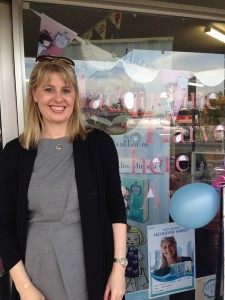 In the past three months I’ve visited schools in Canberra and appeared at the Dymocks conference – which was a huge honour.  Book Week in Sydney was fantastic and after that I had a great trip to Perth followed by a fabulous day at the Big Book Day Out for the Children’s Book Council launching Alice-Miranda at Camp and then it was off to New Zealand – literally that afternoon.  It was amazing.  I loved meeting everyone including our fantastic NZ publicist Yvonne Thynne, who had worked with our superb Aussie team to bring the week together.  We caught lots of planes, covered many miles and met loads of gorgeous kids.  On the last few days of the trip I found myself feeling pretty scratchy.  I’d been fending off a sore throat and was worried about losing my voice (which tends to be the first thing to go).  I downed more echinacea and vitamin c than I care to think about and somehow managed to get to the end of Friday, exhausted but satisfied that I couldn’t have given anything more.  We then spent the weekend in Christchurch with our friends Matt and Mandy and their beautiful girls Maddi and Emma.  It was so good to catch up and get to know the girls in person and not just on FB! 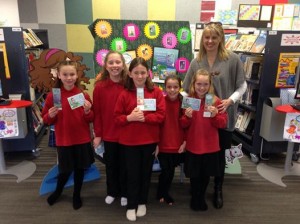 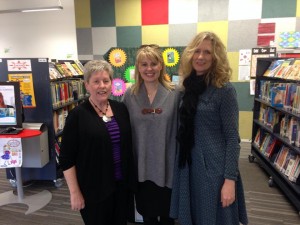 We had a proper look around the city, and Ian and I were both in awe of the resilience of the New Zealanders and the incredible hardships they’ve endured over the past few years.  There are 1100 buildings gone from the CBD with another 3-400 still under consideration.  The city is a ghost town – it’s hard to remember what was where and when we saw the cathedral for the first time I almost cried.  As for the houses along those cliffs nearer the sea, they are still hanging there – still full of people’s precious things and poised to come down at any time.  Below them there is a beautiful school which has been abandoned and will never be used as a school again.  Seeing Christchurch puts a lot of things in perspective. Worrying about my renovation being a little bit late when we heard that there were families in some parts of the city that shared a portaloo between 4 or more houses for a year while their plumbing was reinstated, and others who just now, four years after the first quake are about to have their houses fixed seems inordinately selfish.  I wonder how we would cope in Sydney if faced with a similar hardship.  I can’t imagine it.

The recent Australian school holidays saw me touring with Sarana in Melbourne for 5 days.  I wasn’t sure what to expect being holidays and all but the events were amazing.  We had two high teas with the unbelievably stunning Tea Salon in the Emporium and various bookshop and library events and a fabulous interview at Bookworld.  It was lovely to meet so many parents as well as their children.  It also happened to be the grand final week, so Melbourne was all abuzz and we had a great time watching the GF at Southbank (despite the Swans leaving their A game back in Sydney and it being a complete white wash). 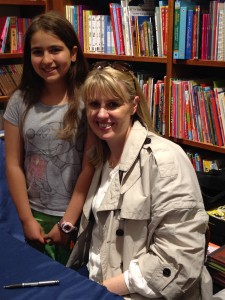 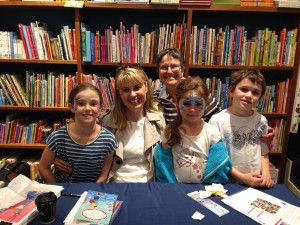 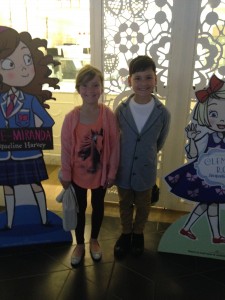 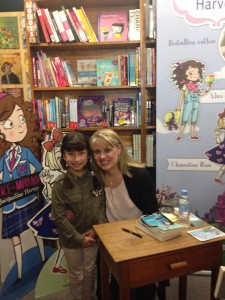 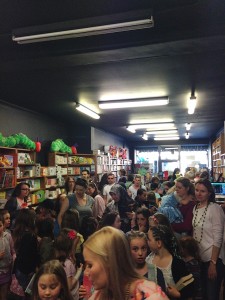 It’s probably easiest to list the schools and events and I will endeavour to include as many photos as I can from the trips, although now that my site demands resizing of photographs it takes so much longer to get things done!  There have been so many highlights on tour.  The children who have written to me previously then come to meet me in person at events, the little boy in Perth who told me he loved Alice-Miranda, the grandfather who whispered to me at a signing, ‘I love reading the books – those characters are great’ and the father and daughter in Wellington who told me that they relished their reading time so dad could ‘do all the voices’.  The welcomes we’ve had in schools all over the place has at times brought tears to my eyes.  Our final school visit in Christchurch where the Maori Cultural Group gave us a traditional welcome (and I really did find it hard to hold it together!) was amazing.  On the recent Melbourne tour it was great to see children who’ve been writing to me and parents too and to catch up with precious friends, Lesley and her family and Margo, Tom and Tia.

In the past couple of weeks I’ve visited bookstores in Sydney and had a very exciting time filming a segment for an upcoming episode of Saturday Disney – but that will get a separate blog post I think.

In the blink of an eye I will be in Singapore and the UK.  In the meantime I will be editing Clementine Rose and the Ballet Break In and working on Alice-Miranda at the Palace.  Thanks for being on this journey with me.  I was walking down the street in Wahroonga last week and thinking about how much life has changed in the past couple of years.  I really do pinch myself – I feel so blessed to be doing something I love (exhausted at times but nevertheless there’s no complaining here!)

I hope you enjoy the photographs. 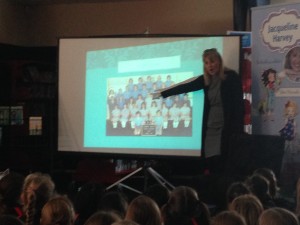 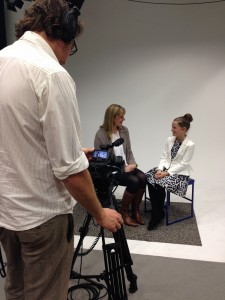 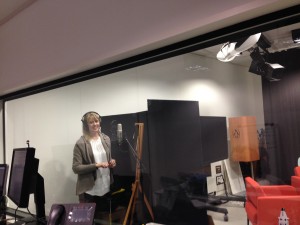 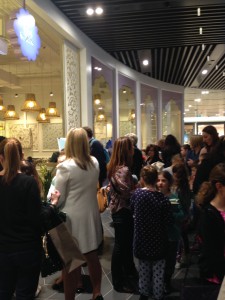 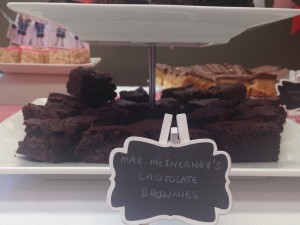 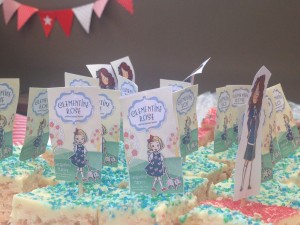