Happy 2016! Hope the year has started well for you. I see that my friends in the UK are suffering through some very chilly weather at the moment, while here in Australia, it’s hot! At least there’s been snow in England which I always think of as reward for the cold. Christmas seemed to come and go in a flash, as did our week away in Queenstown, New Zealand. Ian and I played some golf and he had a very impressive eagle on the 18th hole at Millbrook. No such luck for me this trip. It was something of a working holiday as I was busy writing the 12th in the Clementine Rose series which I think we’re calling Clementine Rose and the Paris Puzzle. I’ve finished the draft – but now the editing begins. I’ve also just started Alice-Miranda in China, so it’s set to be a very busy couple of months. 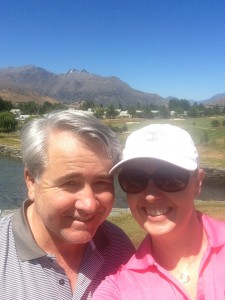 We spent part of our time away in Arrowtown and the rest of the time in Queenstown. It’s definitely one of my favourite places on earth – the pictures speak for themselves really. The scenery is spectacular, the people are friendly, the restaurants are fabulous and the golf is great too. 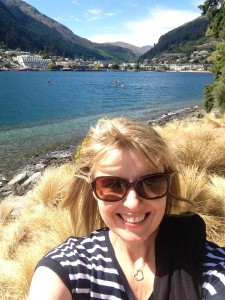 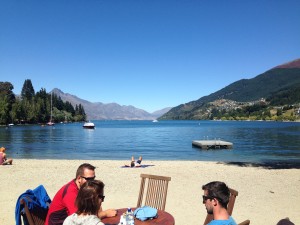 We came home to some very grim rainy weather – perfect for heading back into the recording studio where I have now finished recording the first five Alice-Miranda audio books. They will be available sometime in February through Audible. It was a great experience and not something I ever imagined I’d get to do. I hope there will be more. 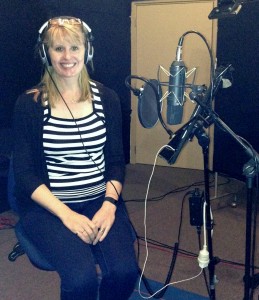 Last week I worked frantically to get the draft of Clemmie Paris Puzzle done so I could spend a few days up the coast with my Mum and Dad. My sister Nat and her husband were there too with my nieces and nephews so we had a lot of fun at the beach and I even got on the boogie board. Another lovely bonus is that my grandparents recently moved to live just around the corner from Mum and Dad. I was stunned when they made the decision to leave their long time home on the NSW South Coast and head north but I’m so pleased they’ve done it (not a bad effort at 90 and 88!). 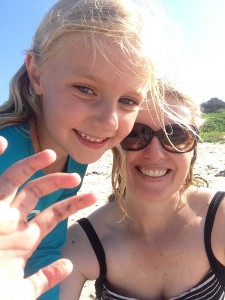 So, what will 2016 bring? I’m thrilled that we’ve already released Clementine Rose and the Special Promise – which came out on 1 January and I’m counting down the days to Alice-Miranda to the Rescue. It will be released 1 February but we are having a launch party at The Children’s Bookshop at Beecroft on Saturday 30 January at 2pm. There will be a special four legged guest too. See the flyer below for details. I’m also excited about the new Alice-Miranda bunting – which you can win by entering this month’s competition on the newsletter and the gorgeous Alice-Miranda tote bags. If you purchase any two Alice-Miranda titles you get a bag for free!

I was thrilled to make the top 75 in the Booktopia poll for Australia’s Favourite Author. There’s still time to vote for the top 50, which will be counted down starting Monday. 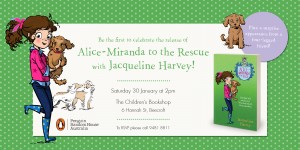 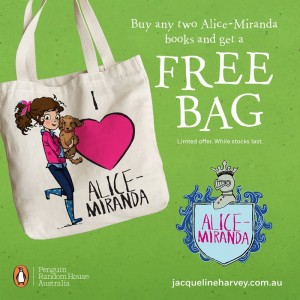 At the end of each year, I like to take some time to reflect on the past 12 months and I have to say that all up 2015 was great. I feel blessed that since I made the decision to become a full-time writer, three years ago I haven’t regretted it for a second.

So much has changed since the 31st October 2012 when I moved away from what seemed a lifetime working in schools. I still miss the people; my colleagues and students, but I love the flexibility that being a writer gives me.  Although I’m pretty disciplined when it comes to schedules and deadlines – there’s no way I could write as much as I do without sticking as closely as possible to the plan. It blows me away to think that in those three short years I’ve written another 7 Alice-Miranda books and we’ve added 10 titles to the Clementine Rose series. Looking back, I sometimes wonder how that’s even been possible – although a huge part of it has been the phenomenal support and encouragement I’ve had from my husband, aka ‘The Manager,’ Ian and my amazing team at Penguin Random House. When I look at how much we’ve travelled too, just fitting everything in seems a little bit incredible. But there’s no complaints here. And I’ve visited hundreds of schools and met thousands of fabulous children – so I haven’t strayed too far away from the other job I loved.

This year I’m looking forward to writing and touring, to several festivals and another trip overseas. I’m really excited about developing a new series too. I can’t say too much about that yet but it’s ticking away slowly. I’ll be writing more of Alice-Miranda and Clementine Rose’s adventures as well.

I’ve just spent a couple of days catching up on emails and letters. It’s such a joy to hear from the readers – thank you for your support and all the best for a fabulous 2016!