Following on from my first ever breakfast television appearance on Weekend Today, I had the pleasure of being on Sunrise the following week. This time we were on location at St Michael’s Primary School in Daceyville. 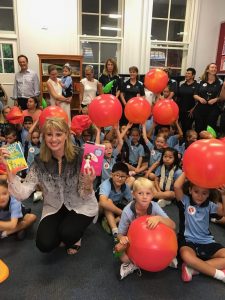 To say the kids were excited to be on telly would have been a huge understatement. Sam Mac, who does the weather was there shooting segments based on books by Roald Dahl. The Year students were making all manner of concoctions in the staff room in honour of George’s Marvellous Medicine, while my segment involved reading an excerpt from James and the Giant Peach to the Year 3 students and talking to Sam about the Roald Dahl book promotion (and a little bit about Alice-Miranda too). I have to say television is lots of fun! 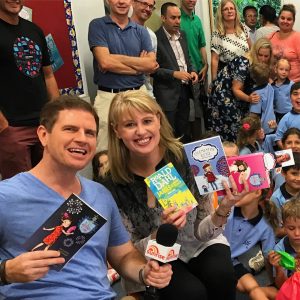