In order to complete the Kensy and Max Spy Games Challenge which is one of the competitions in the September-October Newsletter, you need to know the codes that have been used in all of the Kensy and Max books to date. So here’s a recap of what they are and how to use them. You might like to have some fun creating your own codes too.

The Caesar Cipher from Kensy and Max: Breaking News Book 1

Named after Roman Emperor Julius Caesar, the Caesar cipher is a basic method for encrypting and decoding text. It involves moving the letters of the alphabet up or down by a fixed number of positions. The word ‘cipher’ refers to a secret or disguised way of writing – a code of sorts. For example, Julius Caesar shifted each letter of the text down by three positions and used this code in private correspondence. In this case, the letter A would become X, B becomes Y, C becomes Z and so on. The diagram below of the Caesar cipher will help you decode the chapter headings as well as the inscription in the book that Max discovered in the library.

The Pigpen Cipher from Kensy and Max: Disappearing Act Book 2

The pigpen cipher – also known as the masonic cipher, Napoleon cipher and tic-tac-toe cipher – is a geometric simple substitution code. It exchanges letters for symbols that form fragments of a grid. Usually, the pigpen cipher alphabet is derived from the following four grids:

It is the most popular secret writing alphabet in history and has been used to encrypt all manner of things, from gravestone inscriptions to treasure maps.

The Atbash Cipher from Kensy and Max: Undercover Book 3

Developed by Samuel F. B. Morse, an inventor of the telegraph, Morse code is a system of communication that uses a series of dots and dashes to relay messages. It was designed with efficiency in mind, as the length of each symbol is approximately inverse to the rate of occurrence in text of the English character it represents. For example, ‘E’, the most commonly used letter of the English
alphabet, has the shortest code – a single dot. In an emergency, Morse code can be generated by improvised methods, such as turning a light on and off, tapping an object, or sounding a horn
or whistle, making it one of the simplest and most versatile methods of telecommunication. In fact, the most common internationally recognised distress signal is SOS – three dots followed by three dashes and then three dots. 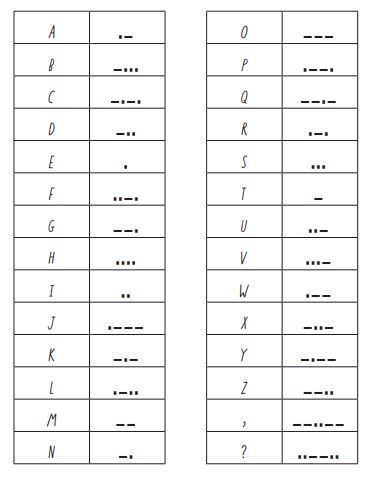 The A1Z26 code is a very simple code. As you know there are 26 letters in the English alphabet so if A equals 1, Z would equal 26 because it is the 26th letter in the alphabet. This is an easy code to crack, but could be made more difficult if you altered the corresponding order of letters and numbers. In that case you would need to create your own key to decode the messages that you write.

The QWERTY code is a very simple code using the alphabetical layout of a computer keyboard to substitute the regular chronology of the English alphabet. Use the table on the facing page to help
you decipher each chapter heading.

The Phone Cipher from Kensy and Max: Take Down Book 7

The phone cipher is a numerical cipher that replaces each letter of the alphabet with the corresponding key code on a phone keypad. 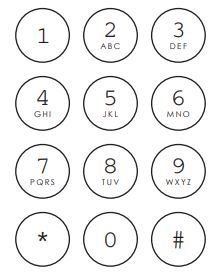 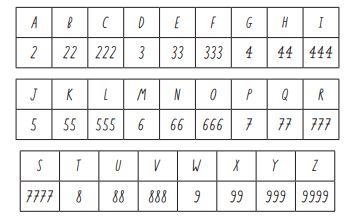