I’ve just returned from an amazing trip to England, Scotland, Hong Kong and China where I visited loads of schools and had some fantastic events.

We started in England where the weather was absolutely glorious. There is nothing quite like England in the sunshine and we had lots of it. It was great fun to visit all the schools and we also hosted our very first High Tea at a stunning place called Moor Park Mansion.  Brilliantly organised by three very special friends; Shirley Drummond, Sheryl Shurville from Chorleywood Bookshop and Sue Partridge (Sales & Marketing Manager) from Moor Park Mansion, it was a huge treat to entertain 100 very excited guests in such a stunning place. 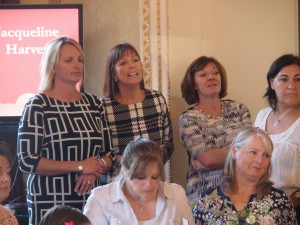 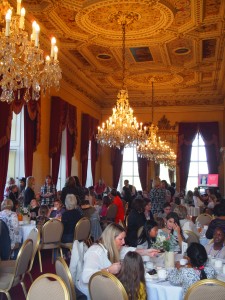 We were also fortunate to get to two of the recent World Cup Rugby matches at Twickenham; Australia versus England and Australia versus Wales. They were both incredibly exciting – the atmosphere was like nothing I’d ever been to before and even better, Australia was victorious both times. The English and Welsh spectators was so gracious in defeat – their sportsmanship was something to be admired. 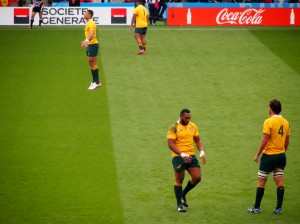 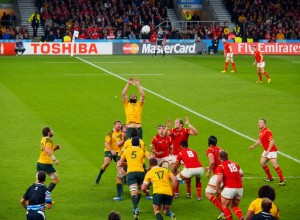 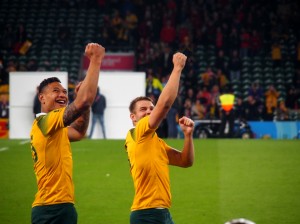 All up we visited 27 schools across the UK, Hong Kong and China. I presented 53 sessions in addition to 2 bookshop events and the High Tea.It was a whirlwind and we managed a week off to play golf in Scotland and do some sightseeing in China.

Many of you know that I love to play golf. Our week in Scotland was incredible – not least of all because the weather was sunny almost the whole time (that’s a little bit rare!), We played five games in 6 days at some very famous courses including Prestwick, The Renaissance, Gleneagles, Carnoustie and The Old Course at St Andrew’s. My playing partners, Ian, Phil and Shane were perfect gentlemen and we had a great competition going between us. In the end Ian and I tied with Phil and Shane for the coveted RWC Golf Championship Cup! I had some pretty amazing holes including scoring a birdy at Gleneagles and an eagle at St Andrew’s. That was my first eagle anywhere in the world so I will remember that for the rest of my life (and I imagine I could play that course every day for the rest of my life and still not do it again!). 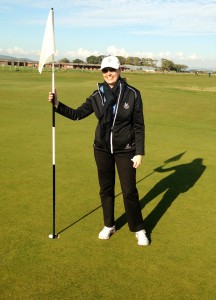 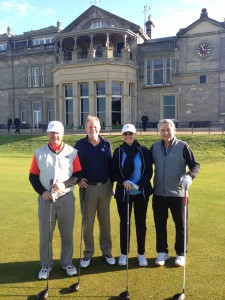 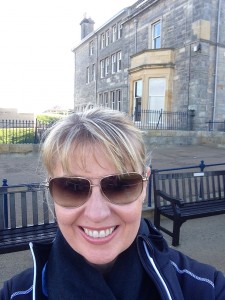 We had a brilliant time in Hong Kong and I was thrilled to hold my first ever bookshop event at Bookazine. We had a lovely crowd on a Sunday afternoon and hosted the event in conjunction with Room to Read, followed by four school visits on Monday and Tuesday.

We then headed off to China. The two cities we visited, Shanghai and Beijing are enormous and both have populations which are larger than the whole of Australia. It’s difficult to imagine 26 million people all in the same city – but that’s the size of Shanghai. In Australia we only have 22 million altogether. The traffic is pretty crazy and at one point we asked our guide if the road rules were mostly ‘just a suggestion.’ She laughed and agreed. Given the number of people it’s amazing we only saw one accident and it was just a minor bingle between two taxis.

Shanghai is incredibly modern and has some of the most astonishing architecture in the world. We took a trip to the top of the Oriental Pearl Tower (the locals just call it the television tower). It’s gorgeous, especially at night when it turns pink. I was terrified walking out on the glass viewing platform – but it seemed I wasn’t alone as many other tourists looked to be just as scared, clutching the railings and inching their way across the floor for a photograph before leaping back onto the inside pathway. 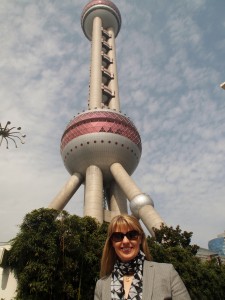 The city stretches on forever in every direction.

We visited The Bund which is a lovely area along the river and went to a gorgeous garden called Yuyuan which was created in 1559.

The Shanghai museum is fabulous and free – you get a wonderful sense of Chinese history and culture there.

Beijing is really different to Shanghai. It has more history and has been the seat of Chinese government for many years, whereas Shanghai is the economic heart of the country. We visited Tiananmen Square and the Forbidden City – which stretches on and on and on – you really don’t think it will ever end. We also saw The Summer Palace which is built around an enormous lake. Unfortunately the smog had really closed in that day and it was difficult to see all the views. 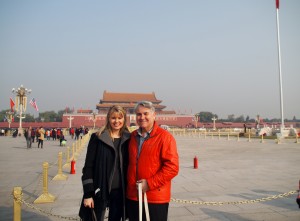 When the wind came up in the afternoon, there were men flying kites on rigs resembling something you’d use for game fishing.  We had the opportunity to see a show as well in a place called Happy Valley which was a bit like a Chinese version of Disneyland.

The show was called Golden Mask Dynasty and it had the most incredible costumes and staging. I could never have imagined the flood of water that crashed down on the stage – it had both of us completely awestruck.

Our final day of touring saw us at the Great Wall of China in a place called Mutianyu. It was incredible – and still hard to imagine that at it’s peak was 10,000 kilometres long. It’s not that long now as many sections have collapsed and there were intervening wars where areas were destroyed. I did find it a little disconcerting that we arrived at the lovely new tourist centre at Mutianyu where among the traditional markets and shops there was a Burger King – a bastion of the West and similarly right near the chairlift was a Subway.  Apparently up until a couple of years ago there was a Macdonalds in the Forbidden City.  I was glad that it wasn’t there anymore. It just didn’t seem right at all. 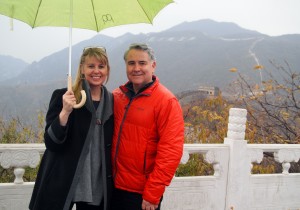 The Great Wall of China

One of the best things about visiting China was catching up with one of my former colleagues and good friend, Shannon O’Dwyer. Ms O’Dwyer was a young teacher who came to work at Abbotsleigh when I was Deputy Head of Junior School. Not too many years later she’s now the Head of BISS (Beijing International School) – where the joy and love of learning is evident from the moment we walked up to the front gate. We had the most amazing time working with her students and staff. Shannon had gone to so much trouble preparing the children for our visit. She even had her own Alice-Miranda cut out made and the most gorgeous banners too. The saddest part was that it was all over too soon – but at least we got to spend a few hours together the following day and then had dinner with Ian and Shannon’s lovely husband Dom. 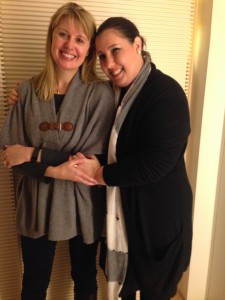 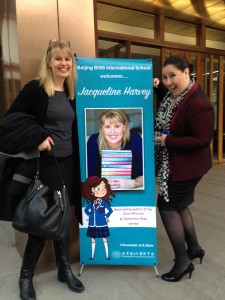 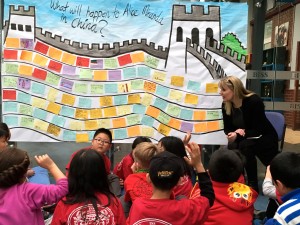 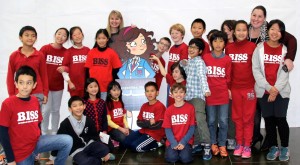 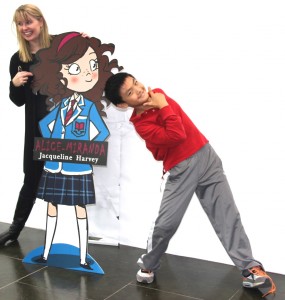 One of the best things about travelling is meeting people – be they old friends or new friends that we’ve made along the way. 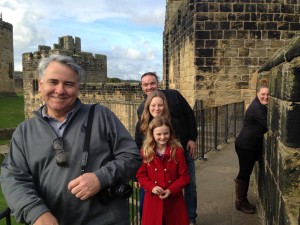 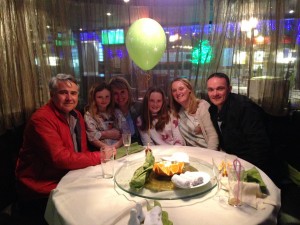 It was wonderful to come home of course but I’m already plotting and planning for the next adventure. In the meantime I think Alice-Miranda and her friends might just take a trip to the Orient – Hong Kong and China perhaps :).